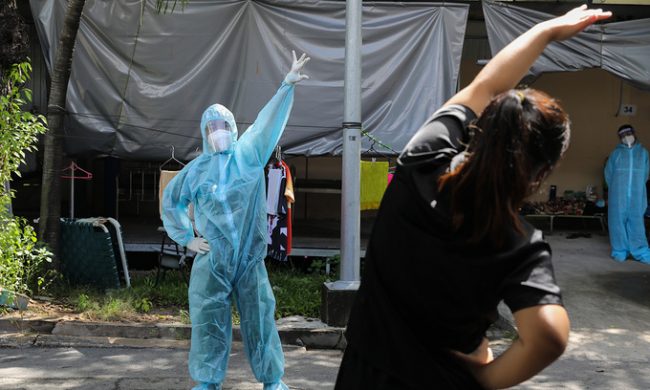 According to VnExpress International – Under pandemic impacts, healthcare had become the issue of highest concern among Vietnamese people, according to the Provincial Governance and Public Administration Performance Index (PAPI) released Tuesday.

It found 23.84 percent of 16,000 respondents saying they felt that the issue that state apparatuses should address most urgently was healthcare, up 1.64 percent against 2019.

Healthcare was followed by poverty/hunger at 19.1 percent, economic growth at 10.86 percent and jobs/employment at 10.83 percent.

By the time the 2021 PAPI survey was rolled out, the pandemic had claimed about 18,000 lives and the number jumped to nearly 40,000 by the time the survey was completed by mid-February 2022. 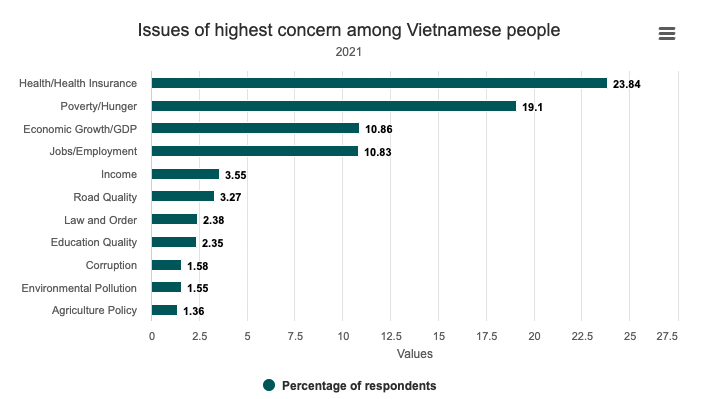 Prolonged lockdowns in the economic and industrial hubs of Hanoi, Ho Chi Minh City, Da Nang, Binh Duong, Dong Nai and Long An as well as restrictive measures applied in more than 50 provinces resulted in an increase in public concern about poverty and job/employment, which had respectively accounted for 8.57 percent and 17.92 percent in 2020.

The pandemic also exerted larger negative impacts on citizens’ employment and income in 2021 than in 2020. The proportion of respondents reporting job and income loss jumped by 10 percent to 37.97 percent and 38.08 percent, respectively.

The index also found that among respondents who elected to answer a question on public hospital services at the district level, there was a slight drop in satisfaction from 96 percent in 2020 to 95 percent in 2021.

“This is the result of many Covid-19 treating medical facilities getting overloaded during a complicated outbreak,” said Paul Schuler, a UNDP representative who joined the survey conducting team.

The Vietnam Provincial Governance and Public Administration Performance Index (PAPI) is a joint collaboration between the Center for Community Support Development Studies (CECODES) under the Vietnam Union of Science and Technology Associations (VUSTA), and the United Nations Development Program (UNDP) in Vietnam since 2009.

In 2021, people participated in the PAPI survey through face-to-face interviews or video calls.